From agricultural publisher to international media group in 75 years 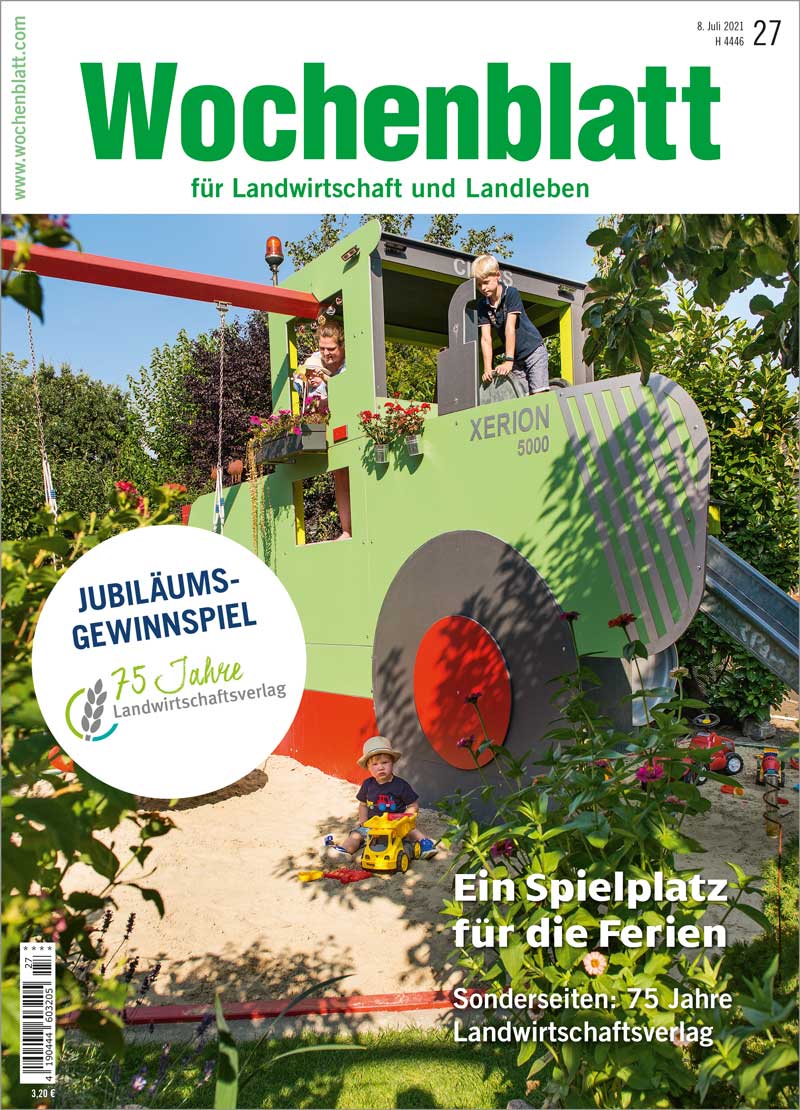 The success story of Münster Agricultural Publishing House began in 1946 with permission from the British military government to print the „Landwirtschaftliches Wochenblatt für Westfalen and Lippe,„ as the permit reads in half English, half German. Over the past 75 years, the company has developed from a purely agricultural publisher into an internationally active media and service group. The publishing house is taking this anniversary as an opportunity to trace this successful development together with its long-standing partners and advertising customers in a special publication of more than 60 pages in the current issue of the „Wochenblatt für Landwirtschaft und Landleben,„ as the nucleus of the publishing house is called today.

„Perseverance, sincerity, pragmatism and above all down-to-earthness. These are the values that were important to the three founding fathers, all of whom were farmers, and which still have great social significance,„ says Friedrich Steinmann, Chairman of the Supervisory Board of Landwirtschaftsverlag, describing the principles to which the publishing house is still committed today. In addition, there is the „courage to keep breaking new ground„ and the necessary „entrepreneurial vision. Today, with more than 20 corporate holdings in five European countries, annual sales of almost EUR 120 million and more than 800 employees, the group is one of the ten largest trade publishers in Germany.

„In the meantime, we cover the fields of agriculture, food and rural life,„ describes Dr. Ludger Schulze Pals, one of three managing directors of the company. Major milestones included the founding of „top agrar,„ the highest-circulation and widest-reach agricultural magazine in German-speaking countries in 1972, the launch of the agricultural machinery exchange „traktorpool„ in 2000, the first purely digital and still successful service offering from Landwirtschaftsverlag, and the first issue of „Landlust„ in 2005.

„With an average paid circulation of more than 845,000 issues over the course of the year, the magazine is still the most successful magazine start-up of recent decades,„ says Malte Schwerdtfeger, managing director of Landwirtschaftsverlag, classifying the exceptional position of the paper. In the meantime, Landlust has become part of Deutsche Medien-Manufaktur. In this joint venture, Landwirtschaftsverlag and its partner Gruner + Jahr from Hamburg have bundled their consumer magazines from the subject areas of country and life as well as food and are consistently expanding the print and digital offerings there.

„With the acquisition of Lebensmittelpraxisverlag and its subsidiaries in 2015, we now cover the entire food value chain with our media, from production, through processing and trade, to the end consumer,„ says Werner Gehring, Managing Director of Landwirtschaftsverlag, describing the strategy.

At the end of the day, there is an impressive track record: in 1946, the publishing house reached a few thousand farmers in Westphalia and Lippe, a major achievement at the time. Today, it regularly has more than eight million readers across Europe - print and digital. In addition, there are almost 300,000 newsletters a week with daily updates for farmers and people with an interest in rural life. Every month, more than two million visitors from all over the world visit the „traktorpool„ agricultural technology marketplace. Beautiful numbers, but one should not call oneself out on it, are convinced the three managing directors. „Organizing a successful coexistence of printed and digital offerings is a major technological and personnel challenge that we are happy to take on together with our efficient and motivated employees.„